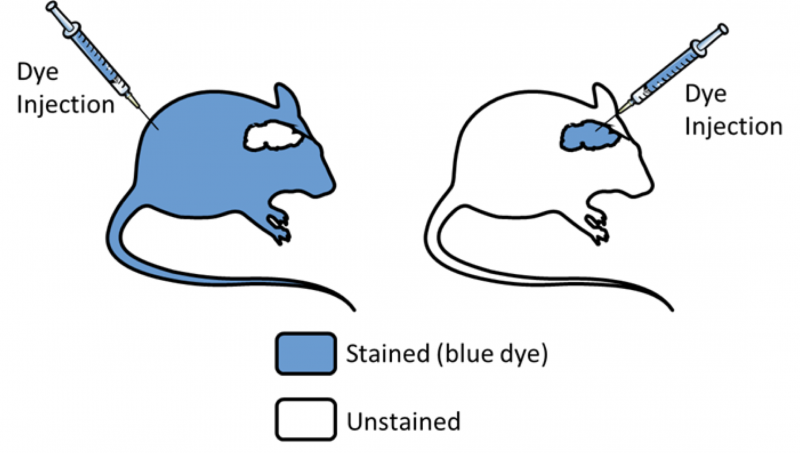 History of the Blood Brain Barrier

The first evidence of a barrier between the blood and the brain goes back to more than a century ago. Everything started with a drop of blue dye…

At the end of the XIX century, Paul Ehrlich was working with water soluble dyes for staining biological tissues. The staining methods he developed allowed to distinguish between different types of blood cells, since some cells captured more dye than others. This difference made it possible to diagnose several blood diseases.

While injecting these blue dyes into the blood of animals, Ehrlich observed that all organs except the spinal cord and the brain were stained in blue. Ehrlich concluded that the central nervous system could not bind or absorb this dye. These findings, though, revealed the possible existence of two different and separated compartments: a central nervous system (unstained) and a peripheral one (stained). The definite concept of these two separate compartments however, was not conceived until years later when one of Ehrlich’s students, Edwin Goldman, performed additional experiments to his mentor’s. Goodman injected a blue dye directly into the brain of the animals (instead of the bloodstream) and found that now the blue stained the spinal cord and the brain, whereas the rest of the organs remained unstained (illustration on the right below). These observations brought the concept of a real barrier between the brain and the rest of the body which would maintain a well-controlled cerebral environment. The term blood-brain-barrier was introduced some years later in the early 1920s by Lisa Stern, resulting from her investigations on the leakiness of brain barriers in mice embryos.