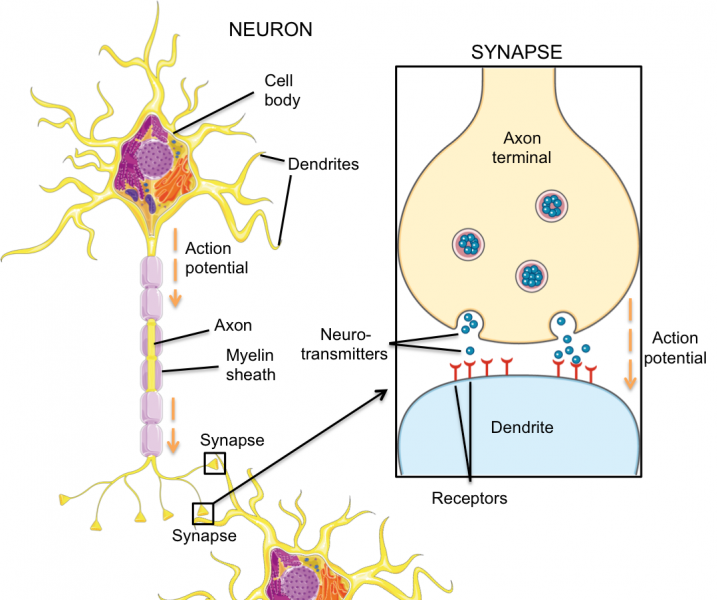 Figure 3: Schematic representation of a neuron (left) and its synapse (right). Adapted from: Servier Medical Art

Neurons are specialized cells which receive, integrate and propagate information by forming an electric circuit as a computer does. To receive the information they have short arms called dendrites which, like the branches of a tree, reach out to other neurons and form thousands of connections. When a dendrite receives electrical signals from another neuron, this information moves to the center of the cell, where the signal is processed to decide if and how it will be sent to other neurons.

To send the information, neurons developed a very specialized wire, called axon. Axons from one single cell can be as long as the distance between your toe and your hips! The axon needs to be protected to conduct the signals effectively. Therefore, it is covered by structures called myelin sheaths which act like the insulating plastic cover protecting the common wires. They also help propagate the electrical impulses faster. This myelin enwrapping is very important for proper neuronal functioning which becomes evident in diseases like multiple sclerosis, in which the myelin sheaths are attacked by our own immune system.

The communication from one axon to the dendrites of other neurons occurs in very tiny spaces at which the terminus of the axon almost touches the neighbouring dendrite, as two fingers very close to one another without actually touching. These connections are called synapses and the signal is transmitted by molecules called neurotransmitters (like dopamine, serotonine and glutaminic acid) which travel this small distance from one axon to propagate the information to the next neuron.